Having grown up in Bay Shore, NY, local history has always intrigued me, especially the history of celebrities who called this area home. Many of these South Shore celebrities have shared their talents in the Yuletide season through their work in movies, television and music. 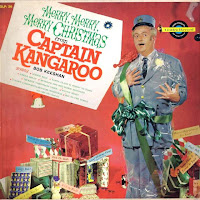 Legendary comedian RODNEY DANGERFIELD was born as Jacob Cohen in Babylon, Long Island in 1921. When he started out in show business, he used the name Jack Roy. That remained his legal name for the rest of his life. In 1952, a club owner gave him the name Rodney Dangerfield after Ricky Nelson used the name in an episode of “The Adventures of Ozzie and Harriet”. In 1968, Rodney appeared in a Yuletide TV movie “Our First Christmas”.
BOB KEESHAN, beloved as TV’s Captain Kangaroo for over 30 years, was a longtime Babylon resident who lived on Mulberry Lane. He was a member of the board of education in West Islip (1953-1958) and was on the board of directors at Good Samaritan Hospital in West Islip. One of his audio works that is still available is “Merry, Merry, Merry Christmas With Captain Kangaroo”.
In 2006, Bay Shore born LL COOL J starred with Queen Latifah in the uplifting Christmas comedy “Last Holiday”.
Grammy Award winning singer composer PATTI AUSTIN grew up in Bay Shore and graduated from Bay Shore High Scholl in 1968. Her godparents are Quincy Jones and Dinah Washington so music was truly her destiny. In 2008, Patti released a digital Christmas EP “An Inspirational Christmas”. The three songs featured a sublime “I Really Don’t want Much For Christmas”, a dramatic version of Bill Wither’s “Lean On Me” and her original “By The Grace Of God”.
DAN LAURIA, who went to Lindenhurst High School and is best known as Jack Arnold on the hit TV series “The Wonder Years”, has signed to play radio icon Jean Shepherd in “A Christmas Story- The Musical” at the Lunt-Fontaine Theatre Nov.5 through Dec. 30.
Copiague resident JERRY TUCKER is one of the last surviving members of The Little Rascals. He was “the rich kid” in the Little Rascal shorts from 1931-1938. He was also one of Mother Peep’s children in the 1934 Laurel and Hardy holiday classic “March Of The Wooden Soldiers”. You can still see this each year on TV 78 years after it was released!
Sayville’s MELISSA JOAN HART (TV’s Sabrina the Teenaged Witch) has been in several Christmas movies. Her first was in 1986 “Christmas Snow”. In 2000, she was the voice of Molly in “Santa Mouse and the Ratdeer”. Her most recent holiday movie was “Holiday In Handcuffs” in 2007.
Watch for world famous jazz vocalist, Oakdale’s JANE MONHEIT, on classical violinist Mark Connor’s new Christmas album “An Appalachian Christmas”. The Wall Street Journal and the Los Angeles Times have already chosen the album as one of the best albums of the season in 2012!
BRIAN SETZER, who was born in Massapequa, has once again returned to the Island with The Brian Setzer Orchestra doing the 9th annual "Christmas Rocks Extravaganza" at the NYCB Theatre At Westbury. Since the early 2000's, Brian's rockabilly Christmas albums and tours have become a tradition here and around the world.
Norman Vincent Peale once said “Christmas waves a magic wand over this world, and behold, everything is softer and more beautiful.” Our local celebrities have done just that and we are proud and thankful. Try to enjoy some of their holiday offerings this year and share the magic with your family and friends.
Posted by showbizwizard at 8:26 PM