Part 2- The World's Most Famous Psychic's Predictions for 2012! 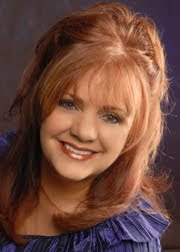 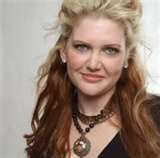 Here are 3 more of the world's most famous psychic's predictions for 2012. Their uncanny ability and talent has amazed the world for many years and they are here to share their predictions with us once again!

MICHELLE WHITEDOVE is the first legitimate Medium to prove her supernatural abilities by being tested on American television. Filmed under strict FCC guidelines to guarantee authenticity, Lifetime TV named her America's #1 Psychic, awarding her this title of distinction after winning "America's Psychic Challenge", a competition series with demanding tests. As an expert in her field, Michelle has been interviewed by Matt Lauer on "The Today Show" and she's featured in the HBO Documentary "No One Dies In Lily Dale" which is airing worldwide. For 2012, Michelle predicts...

As we move throught the transitional period 2011-2016, we will continue to experience a cleansing. Much will be wiped away by a higher rate of Natural Catastrophic events: floods, earthquakes, tsunamis, fires, cyclones and hurricanes I have been given the vision of three days of fire in the sky; all I know is this is needed to assist in this Ascension: to shift the Earth's vibration to a higher attunement.

There will be unnatural weather too. The world governments will be experimenting will our atmosphere and this will cause for many unprecedented cataclysmic Earth events disguised as Natural events. Sites for you>HAARP Project Alaska; EISCAT Norway; CERN Switzerland

Japan will continue to take more blows, earthquakes and tsunamis.

East Coast of the USA will experience another earthquake.

I see a major earthquake for Los Angeles.

Ellen DeGeneres's daytime talk show will continue to be a success. Ellen will go back to the stage and do comedy. I also see her getting offered a movie. Ellen and Portia de Rossi will go through a vitro fertilization to have children together. They are very much in love and a committed couple.

I see a bombing on Wall Street.

Occupy Wall Street has turned into Occupy All Streets. The peaceful protests will turn into riots and looting unless they come up with a Plan Of Action to create change.

China is waiting for the USA economy to collapse. They own us; they own our debt. They are waiting to take over the world and America too. They are preparing to rule the world with an Iron Fist. MAJOR PREDICTION: China has prepared Concentration Camp Condos, they are ready and waiting. China has built modern day concentration camp cities. They have already built 64 million apartments; they has these "ghost cities" ready and waiting to move international citizens (including US citizens) into these high-rise internment camps. Don't let the facade of these vacant modern looking cities fool you; this is a Communist country and these cities will be run by the military.

In 2012, the US economy will crash. Do not invest in the stock market. We are in a depression, not a recession. In the year 2000, I predicted the coming collapse of the World Financial Market and more in my book "She Talks With Angels" (available at AMAZON).

Gold will go to $2800 an ounce in the next two years. Gold coins are still a safe investment. I would advise that you buy GOLD that is not registered.

The US Government has gone underground. The main location is Colorado Springs. There are facilities in Virginia too. The underground man made cities are preparing for mayhem and war. The Government is not for the people, it's for the one percent.

I see that there will be a solar flare that will knock out the power grids for a portion of the USA. It will take months to get the power functioning.

LADY GAGA: 2012 will be her biggest year yet. Please pray for her health. I see major health issues; lupus, exhaustion, chronic fatigue, dehydration and ultimately tragic death unless she changes the course she is on.

Now is the time to become more self-sufficient, steer away from materialism and instead invest in items to become self reliant: a clean water source, indoor gardening, outdoor crops, learn to bake, can and preserve foods.

To be spiritually self reliant is important too. Listen to your intuition, pray and be grateful, fine tune your meditation so that you are open to receive direct guidance from your Unseen Support Team.

PSYCHIC NIKKI is known all over the world and is based in Canada. Last year, she correctly predicted the deaths of Elizabeth Taylor and Amy Winehouse, the trouble in Syria, the protests on Wall Street and worldwide, the earthquake and tsunami in Japan, etc...For 2012, Nikki predicts...

An earthquake in Mexico destroys most of Mexico City.

Major breakthroughs in the cure for breast cancer.

A giant earthquake in California.

Problems in Lebanon with possible attacks on Beirut or an uprising with Beirut on fire.

A theater in Dublin Ireland will burn to the ground.

Rob Kardashian will be having a reality show.

Another marriage and baby for Kim Kardashian.

Michael Buble gets acting roles in lots of movies.

Julia Roberts will be directing more and become a spokesperson for an international charity.

Actress Nila Kunis will be on the runway and become a fashion spokesperson for many brands, possibly her own.

William and Kate become parents to at least one child, possibly twins.

Ellen DeGeneres joins the army for one week.

Anderson Cooper gets nominated for an Emmy Award.

I see a fire at Anderson Cooper's house.

Meryl Streep gets nominated for an Oscar for her portrayal of Margaret Thatcher in the movie "Iron Lady T".

JOSEPHINE GHIRINGHELLI is a world renowned Psychic, Medium, Lecturer, Teacher, TV and Radio personality whose knowledge and gift has helped thousands of people from all walks of life. Ms. Ghiringhelli, has been teaching Psychic and Spiritual Development Classes for the last 20 years at varying locations including Hofstra University. Josephine works closely with her good friend John Edward on his site www.infinitequest.com. For 2012, Josephine predicts:

My strong feeling is that 2012 will be a very bitter sweet year, with the good comes strong waves of adversity!
I stated in last years predictions that the world will not come to an end. And I quote: "i have been asked over and over again about the 2012 Pole Shift, Mayan, I Ching and Nostradamus predictions, which is, that the world is going to end on December 21st, 2012. It is my belief that over the decade, specifically from when the Twin Towers came tumbling down, that something magical happened to us as a society. we opened up, we united in spirit, and we sent an energy out into the universe which changed the course of our destiny". So, as you can see, we are still here I am happy to say!

President Obama continues to struggle due to lack of support from within.

In 2012, universal health care policies will still be in disarray with no resolve in sight this year.

The European dollar will allow new countries within it's structure. A new era of cooperation.

A lot riding on China to hold the line in growth and stability. Midyear, additional stress put on China due the earthly disasters and natural occurrences on a mass level. Significant damage and death. This will cause economic problems for all, especially Europe.

Interest will turn to India and Arabian countries for new growth.

The Stock Market on the US front will remain fairly stable. Economic growth will up the trend and the pressure will subside a little until mid summer. Fears of a faltering market will cause downturns, but all in all a fairly good start to 2012.

For most of 2012, interest rates will remain at an all time low. Invest in real estate if money allows but remember, this is not the time to sell.

In Spring, early summer, there will be erosion of land and water will be rising in upper California, the northern coast, especially peninsula type land masses and island structures.

Talk shows will compete stronger than ever this year to come out on top but I feel many will be quick to fizzle.

Oprah has been giving much thought to making appearances in scattered specials; announcements will be made in early fall of 2012.

Britney Spears toys with the idea of having another child and continues to have consistency and strong love in her life. Good for you Britney! we are happy for you!

I worry about Barbara Walters. Her health may take a turn for the worse. Hang in there as you are loved by all!

Lindsay Lohan announces love in her life which brings her to a whole new level. Stay strong Lindsay and pave the way for all those watching you as a role model.