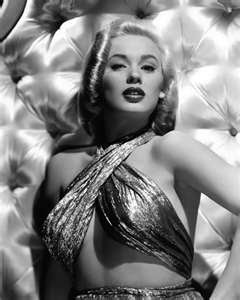 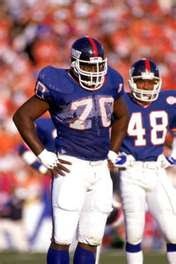 As we cruise into 2012 (the middle of January already!), the new year brings hopes and wishes for better things in our lives. We often make personal commitments to ourselves called New Years resolutions. I'm sure some have already been broken but for some of us, our inner wishes and promises continue. For the third year, I've asked celebrities to share their New Years resolutions with us and here's what they said...

New York Giants legend LEONARD MARSHALL told me his resolution is" Don't be that guy in 2012". When I asked him what exactly does that mean, he said
"Bill Parcells used to always say to me when I retired "Don't be that guy who wished he could do more when the final whistle blows. Live life to the extreme in terms of whatever you're doing... Sex,love,kids,family,wife,or girlfriend. Go for it!" Sounds great to me Leonard!

Rock and Roll legend BONNIE BRAMLETT has a unique resolution "This coming year is the first year of RETIREMENT! Wow I mean dude! A
retired Rock Star??? Hahaha who ever heard of such a thing? I'm it! I MADE IT! My childhood dreams were fulfilled way beyond what I could even imagine. I made history! With the help of the rest of the world and now I need Y'all again Cause I Got A New Dream! I'm going to Hollywood to be Another "STAR". Only this time I'll be an "actor" and a helping hand to" retarded and challenged" Adults. I mean "helping hands on" like hugs and acting and singing classes. I know I can do it! Wish me help dear one!! Blessings on u and yours". Rock on Bonnie!

Actor BILL MUMY, best known as young Will on the classic TV show "Lost In Space" and a respected musician/songwriter, offered his short and to the point resolution "My resolution is to do the best I can and can the best I do." Spoken very well Will Robinson!

Some more celebrities also offered their wishes for 2012. Screen legend MAMIE VAN DOREN wishes "Peace for the world".
Legendary rock guitarist EARL SLICK got right to the point in a fun way "Have fun and kick ass!" Spoken like a true rocker!
Comedian SAL RICHARDS said "My resolution is not to make any resolutions any more because they don't work!"
Another rocker BILL CHAMPLIN (Chicago) also felt the same way "I stay away from resolutions because they never work! But it's the usual..eat less and exercise more kinda' stuff".
Veteran cabaret singer JULIE BUDD said very sweetly "Between you & Me..I don't have any...I just always resolute to be a good kid!" Forever young!

Former Yankees public relations director MARTY APPEL offered his earnest resolution "The passing of Steve Jobs touched many of us in a way we didn't anticipate. He really was a significant American figure who made lives better. I've been thinking about switching to an Apple computer for a long time, and in 2012, I resolve to make it happen. And when I do, I'll think about Steve."

American pop/rock singer and songwriter DWIGHT TWILLEY shared his humble resolution "In 2011 I lost some very dear friends. In 2012 my resolution is to treasure, appreciate & cherish the friends, family & loved ones still in my life. Perhaps along the way I can even teach myself to extend an extra tablespoon of warmth to the stranger on the street."
Happy new year everyone! I hope all of your wishes and resolutions come true and that the new year brings peace and prosperity to us all!
Posted by showbizwizard at 5:13 AM