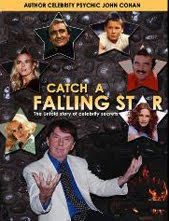 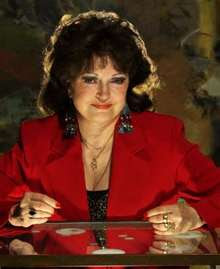 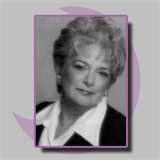 As we approach the new year, thoughts about what is to come crosses everybody's mind at one time or another. For the second year, I am proud to bring you the predictions for 2012 from some of the world's top psychics. Let us see what the future has in store for us....

JANET RUSSELL is a well known Long Island based Intuitive/Spiritual Medium/psychic. She is also the host of one of New York’s top cable access shows, "Beyond the Unexplained" which appears nationwide and locally on Channel 20. Janet is known for her accuracy, honesty and on the mark readings. Janet's predictions for 2012 are:

More people will go to holistic healers; They have all the positive energies to heal. We will be taking more natural medications and no more medications from doctors.

More People will be forgiven for their loans and will be able to forgo foreclosures so they can get back on their feet.

We will be using solar energies instead of the old standby of gas and electric.

People are not going to want to get married anymore as it's easier to live together rather than go through all the hassles with divorce. The only ones that win are the attorneys.

The newspapers will be a thing or a memory of the past by 2015. I feel that the only way a person can see what is going on will via the computer.

I feel that one state will be open to alternative lifestyle and people will move to that state because they feel more comfortable.

People will be airing their dirty laundry on teleservices. This way they will have a constant audience.

There will be less children born in 2012. People will get pets as they are less care sadly.

And yes, the government will admit that we do have contact with other beings in other dimensions.

JOHN COHAN is universally known as "The Psychic To The Stars. He started as a child and his career has spanned more than four decades. His Exclusives and Yearly Predictions to Cindy Adams New York Post has been 25 years in a row.
"Catch A Falling Star" is the new tell all book written by Celebrity Psychic John Cohan. In 2011, John correctly predicted the collapse of Jennifer Lopez's marriage and the downfall of Charlie Sheen. For 2012, John predicts:

The toast of supper clubs Michael Feinstein and his main man Terrance divorce...Nasty settlement battle for the former lounge singer.

Sally Kirkland and ex Nick Nolte get back together much to the surprise of his current sweetie.

Gina Lollobrigida, still the Italian bombshell, will come to Broadway and be a big hit!

Bernadette Peters will finally get the right kind of Healing over the loss of her husband and then finds a soul mate.

Angelina and Brad do a new movie together and meet fair revues.

Former screen beauty Diane McBain gets a new book out of her life and it's a big hit.

Natalie Wood's mystery death gets cleared up when her celebrity seer/ex boyfriend tells what really happened.

Connie Stevens is back in the headlines with newly discovered links to O.J. Simpson from the last months of Nicole Brown Simpson's life.

Oprah's right hand gal Gayle King leaves the nest for another channel away from Oprah. Good results but it creates bitterness from Oprah. revenge is sweet will be Oprah's thoughts.

Jeff Conaway's death gets a new investigation and it looks like suicide was the real culprit.

Cabaret singer Tony DeSare involved with a scandal that puts a damper to an otherwise promising career.

Rita Cosby gets in hot water when it's discovered she broke a gag order during the Anna Nicole Smith legal battles. Happy news for Howard K. Stern.

Elizabeth Taylor's children search for the out of wedlock daughter she had. Norah is the child Elizabeth gave up.

Joely Fisher and hubby Chris going the direction of the divorce courts.

Harry Connick Jr. starts a wonderful cycle of big hits. Movies are around the corner!

Celebrity Psychic NANCY BRADLEY is an award winning author and writer of five books and over 600 articles worldwide. So far, 98.6% of Nancy's predictions for 2011 have come to pass, including Charlie Sheen's troubles and leaving "Two and a Half Men", the deaths of Elizabeth Taylor and Amy Winehouse, and ALL of the major earthquakes including the one in Japan. Nancy Bradley, known as the celebrities psychic because of her huge celebrity clientele, is one of the TOP TEN PSYCHICS IN THE WORLD. Among her many TV and radio appearances , she can be seen the 2nd Friday morning of every month on the Channel 31 CBS show "Good Day Sacramento". Here are Nancy's predictions for 2012:

As I stated last year, starting in 2011, these NEXT THREE YEARS will be known as the EARTHQUAKE YEARS, but will also be extreme weather patterns all across the world. Flooding, tornadoes, volcanic eruptions and other natural disasters. Some of these above mentioned earthquakes have already expired, but those on this list are those that will HAPPEN AGAIN, and have further problems. Places that need to be aware of earthquake activity are: Canada, Australia, Philippines, Baja (Mexico), Cayman Islands, Columbia, Costa Rica, Egypt, Nicaragua,Fiji Islands, Peru, North and South Korea, Hawaii, Pakistan, Africa, Russia, Japan, Tonga, Taiwan, Turkey, Greece, Guam, England, Venezuela, China, Aleutian and Solomon Islands, Spain, ALL Indonesia in jeopardy, ALL Pacific Islands beware, Sumatra, New Zealand, Ecuador, Chili, Iran, Argentina and New Guinea. ALL these earthquakes are at LEAST 5.8, most over 6 or 7 points. IN THE USA, earthquakes will be felt in Southern California along the fault line, and in the desert areas. I would caution people living around the San Simeon area of California to be wary, and strangely, earthquakes of sizable capability will be felt in Illinois, Nevada, Colorado, Arkansas,m Oklahoma, Virginia, New Mexico, New York, New Jersey, Pennsylvania and Delaware, all places not known for earthquake activity.

The Euro debt crisis will continue to get worse and folks should be ready for some strange turns. A suggestion of a world currency will arise to much debate.

Be aware that the US and China will get into heightened tensions and the US and the world would be well advised to watch out for China and N. Korea possibly joining together for world dominance and nuclear capacity.

More interesting than whom will be President next election (which has not been determined by Universal forces yet), watch what happens with the people in line..President Obama, Romney and Gingrich.

Six more Hollywood icons will leave us in 2012, and two major music stars as well.

Pulling troops out of the mid-east is a good thing but it will not transpire as expected.

About Lindsay Lohan, who thinks she is going to be on the straight and narrow?

More protests across the world and the US as well, sit ins, as people stand up. Much bloodshed.

A massive avalanche will deter how people are allowed into dangerous snow sporting areas.

Civil unrest in Russia. Fighting from within. Dangerous situation for the world at large as the Soviet government reacts to the mass protesting groups.

War on terror speeds up in 2012, and many threats to major U.S. cities, most notably New York. I do not see it as being completely successful, but damaging.

In the U.S., we should be extra cautious in watching bridges, tunnels, aqueducts, as well as water dams for chipping away, cracks and also terrorist plots.

Backlash from flu vaccines. Possible danger to health of those that have taken the vaccine.

More aquatic ocean and lake animals make their way onto shore. Octopus, fish, etc...Also, as I told you last year, more species thought to be extinct are coming back, including those considered mystical (those that many thought never existed) are coming back.

Another death in the Michael Jackson family.

Michelle Bachmann and Sarah Palin square off against each other. Palin, as we know, is an animal abuser, both are prejudice prone, and both will be considered by those of intellect as dangerous should they become candidates running for major offices in our country. Both are worry-some if anyone were to believe in them.

Last year I told you that Borders Books would close. Another major bookstore will fold in 2012.

More scandal for Arnold Schwarzenegger. He abused his power in government and his personal life. He will be found out for more personal scandal. A book will be written about his life and it will not be pleasant.

Stocks plummet and then grow again throughout 2012. Don't sell and run scared, hold tight to what you can. Stem cell research will be the best buy for long term stocks.

Much bloodshed in Syria as well as most of the mid-east.

New thoughts about UFO activity unfolds with the finding of this new planet that could sustain life.

A shift in the equator will be discovered and will change some of the weather patterns for countries on it.

A major government cover-up will be exposed and will shed light on past events and reveal some conspiracies.

For more information on NANCY BRADLEY: www.nancybradley.org/
Posted by showbizwizard at 5:18 AM