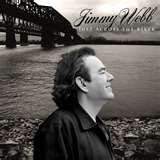 He is quite arguably one of the greatest American songwriters in the last 50 years with hits like "Wichita Lineman", "Galveston", "By The Time I Get To Phoenix", " Up Up and Away", "MacArthur Park", "The Worst That Could Happen", etc...Jimmy Webb's string of hits made his catalog of songs rank second in total airplay only to the songs of Paul McCartney and John Lennon.
Today, Jimmy is still going strong with no signs of slowing down! I spoke with him as he prepares for next weekend's Port Jefferson show before embarking on a much anticipated Australian tour...

You can catch Jimmy Webb in concert this Saturday, May 28 @ 8:00pm
First United Methodist Church in Port Jefferson http://www.gpjac.org/

For more on Jimmy Webb: www.jimmywebb.com
Posted by showbizwizard at 5:09 AM