Long Island has been a hot bed for talent in all genres of the entertainment industry for many years. Now there is a new star emerging in the country music world and she is Long Island's own LISA MATASSA whose new album "Me Time" is being released on March 31st! I had the great pleasure to speak with Lisa as she prepares to the new album's launch... 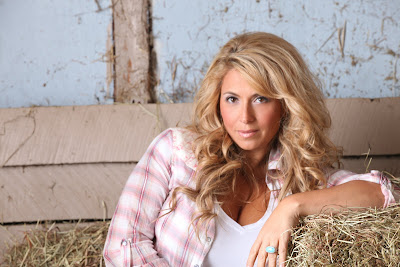 MICK: Where did you grow up?

LISA: I grew up here and in Florida. I was here until I was about eight years old and then my family moved down to Fort Lauderdale. I was there for around seven years and then we moved back to New York when I was in the tenth grade. Franklin Square to be exact! Now I live in Plainview!

MICK: Do you come from a musical family?

LISA: My mom used to sing when she was younger in a do-wop group where she did background harmonies. My grandmother on my father's side was an opera singer. I studied opera when I was 8-9 years old for about five years. So my beginning career in music was in opera! From there, I started doing the pop and rock.

MICK: You started out as Lysa Lynn and you some great success with dance music hits. Did that success hold you back from the music you really loved?

LISA: In a way it did but at that particular time in my life, being Lysa Lynn actually gave me the stage to get my name out there and get my feet wet in the business in a recording artist aspect. I was willing to do whatever type of music it was. I was willing to sing different types of music if I had to. But I loved every minute of it! My fifteen minutes of fame was great!

LISA: Always! I grew up listening to artists like Loretta Lynn and Elvis Presley. I loved the story telling that country music has. As a woman, I think women can relate to country music more. I've always been a rock and roller at heart too. It's the best of both worlds! But country music always sat so well with me. A lot of producers I've worked with over the years always told me I had some type of sound in my voice that lends to country music. At that point in my life, that was not what was happening in music. The timing and the music has changed today. There's a lot more country outside of Nashville. It's really making a great insurgence here on Long Island.

MICK: You have a new country EP coming out called "Me Time". Please tell me more about that!

LISA: "Me Time" is a compilation of what I call a genre of music called Long Island country. It is a mix of New York rock and roll and a little new country. The songs are about my life in general, especially the title song "Me Time".. That's my life in about three and a half minutes! When I first heard it, I thought this song is perfect! There's so many women out there who are wives and mothers trying to do it all, they can actually relate to this song. It's a fun fun album! I think a lot of people will enjoy it!

MICK: Do you write your own music?

LISA: Yes I do! Some of the songs on this album I co wrote as well as through other musicians who have written for me. Great song writers are on this record like Joey Sykes and Don Rollins who wrote "It's Five O'clock Somewhere". for Alan Jackson. Don and I co wrote five songs together on the album.

MICK: You recorded the album at Richie Cannata's Cove City Studios. Was Richie involved with the album?

LISA: We had a relationship with Richie in the past back when I was Lysa Lynn. I have a tremendous amount of respect for him. A great musician and a great mentor and friend. He liked the fact that when we went into his studio, we used live musicians! We actually took the cover off this old grand piano and put in a real drum kit. A lot of music today is done electronically. When we came in there with a full band, it was like a breath of fresh air for Richie!

MICK: You're married with two teenagers. Are they musically inclined?

LISA: Yes they are! My son is thirteen and he is a great drummer! My daughter, who will be sixteen, has such a beautiful voice. She is actually doing the school play "Grease", one play I never got a chance to do in high school!
MICK: How do you handle being a wife, a mother and a country music star star all at the same time?
LISA: It's hard but I have the support from my whole family. If I didn't have the support from my husband, my kids and my immediate family, I don't know if I could do this. Family comes first in my life. The fact that they love what I do and they are so supportive and believe in me means so much. They want me to succeed and live that dream because they know in my life it was unfinished business. I always felt I needed to do something further with my music. I feel a connection to people when I sing live and when I write. I have a great relationship and connection with my kids and husband. To share that with people through my music is something I wanted to do for a long time.
MICK: Have you performed yet at the Grand Ole Opry in Nashville yet?
LISA: Not yet! Thats's on my bucket list! That would be awesome!
MICK: Will you be touring this year?
LISA: We do have plans to be touring. Once this record is released on March 31st, there's a lot of radio tours we will be going on. We are going to get out as much as we can especially in the Tri-state area and Long Island in particular.
MICK: What are your thoughts on Long Island's newest country radio station WJVC 96.1 FM?
LISA: I think it's about time! It's such a perfect marriage! We are all on the same page and we just love the new brand of country music that's hitting Long Island and New York in general. They are so supportive of my new record and will be bringing it in the forefront on March 31st when my album is released. They will be broadcasting live from the official record release and video Premiere Event with me at the Carlyle at The Palace in Plainview NY. It's very exciting!
MICK: Who do you listen to now?
LISA: I listen to all kinds of music. I listen to mainly country music right now... artists like Blake Shelton, Miranda Lambert, Taylor Swift is so talented, Sara Evans is incredible, Keith Urban, Trace Adkins I absolutely love! You will see me flipping over the dial from The Highway on Sirius to Hair Nation! I listen to Bon Jovi, Poison, Aerosmith!! I flip back and forth between those two stations. Right now, I listen to WJVC 96.1FM on the radio when I'm in the car as long as I can get the reception in Nassau County! Or as long as the kids aren't playing with the radio in the car!!

See more about Lisa at http://www.lisamatassa.com/
Posted by showbizwizard at 6:20 PM