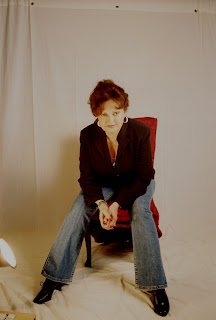 As a new year is about to begin, we often wonder what the future has in store for us and the world. Some people have the unusual gift to foresee the future with incredible success. It with great pleasure that I had some of the world's top psychics give me their predictions for 2011. In the first of two parts, here is what our favorite psychics predict.....
JANET RUSSELL is a Long Island based psychic/medium/spiritual advisor and also a TV host on one of New York's top cable access shows, the psychic program "Beyond The Unexplained" which appears nationwide and locally on Channel 20. Janet predicts......
We will be told that we do have other living specimens on other planets. I feel that they are already aware but afraid to tell us.
People will be taxed when they get married more than twice. Most end up divorced again.
Parents that do not take responsibility for their children's bad habits ( causing problems in neighborhoods, disrupting schools, etc) will get large fines and may be sent to jail. If they want children, they need to care for them.
More reality shows with real people showing what really happens in a dysfunctional home and what alcohol and drugs do to children that are born from those addictions.
Atlantis will rise again; Many diseases will be cured due to the plants in the ocean.
We will have a universal medical coverage.
More people will go to holistic doctors for healings (It works!)
There will be another blackout, first in the eastern states and then in the west.
It will be found that many children are misdiagnosed with ADHD so that schools can get more funding.
Many illegal immigrants will be deported to their countries and their countries will be liable for the taxes that they have not paid in the United States.
Many more people will stop smoking. Cigarettes will double in price and only the wealthy can afford them.

Celebrity Psychic NANCY BRADLEY is an award winning author and writer of five books and over 600 articles worldwide. She is considered one of the top ten psychics in the world. holding that title for over fifteen years. She is tested three times a year for accuracy and consistency and maintains the highest accuracy in the world. Living in California, she is originally from Long Island. Nancy predicts....
A famous rock star will not have a long life and in fact die shortly.
Much more will be coming forward about UFO's and honesty in what the government knows under the Obama administration.
Lindsay Lohan could commit more drug and alcohol fueled offences. We hope she is not still out of touch with reality and still thinking she can still get away with anything. Her life is in danger. Her father will be looked upon as the one using his daughter for publicity.
Likely health issues for Burt Reynolds, Liz Taylor, Nathan Lane, Lauren Bacall and Tommy Lee Jones.
More species thought to be extinct or mystical (having never thought to be real) are coming back. This includes the Unicorn which is already making a comeback on the planet. Many species will be coming forth from the sea.
Another death in the Michael Jackson family.
One of TVs Housewives of New Jersey Show will file for divorce within the next year or two. At least one will be investigated for mob connections. One Housewife of New York Show, who left the series for her own show, will also divorce within 3 years and come back to the show.
Mel Gibson will make another mistake. His life in the movies is on the line. Suicidal tendencies could be there and he would be well advised to seek counseling. Temper issues and bigotry could be the core, he a victim himself of things in his past. We pray for him not harm to himself or others.
Job market improvement around June or July, then another plummet. California in big trouble. Look for major crime, looting, fires and theft as lay-offs in law enforcement and fire prevention is understaffed. Schwarzenegger will go down as the worst Governor of California ever. Jerry Brown has his work cut out for him and will suffer a health issue.
JEFFREY WANDS is the author of 'the Psychic In You", appears frequently on national television, is a popular guest on radio shows across the country and hosts his own weekly radio call-in program "Psychic Sundays" on WALK 97.5 FM. His flourishing psychic practice regularly has a waiting list of up to a year for a reading, and his personal appearances benefit WALK For Women Breast Cancer Fund, which are always sold out events. He lives in Port Washington with his wife and sons. Jeffrey predicts....
San Francisco will experience a significant earthquake during the period of April-May.
Alaska will experience a series of minor earthquakes.
The Alaskan pipeline will have an incident of sabotage before May.
Iran will experience an attack in February during which a nuclear power plant is taken out.
Bad year health wise for former Presidents.
Scandal around Mayor Bloomberg in NYC.
Amelia Erhart's body is found in January in the South Pacific.
Sylvester Stallone has a bad health year.
George Clooney gets married and becomes a father.
Economy at a 3.5 percent pace.
Real estate rebounds in the end of 2011.
Oil reaches $130 a barrel.
Danger in the sky over Washington in February. Two planes collide.
NIKKI-Psychic to the Stars is based in Toronto Canada and is one of Canada's top psychics. . She is known all over the world. Some of her clients include well known movie stars, politicians, people from the sports world and business world and the world of entertainment. Nikki predicts...
North Korea and South Korea go to war.......A gold rush in Hawaii.......The world's first brain transplant.....A powerful earthquake rocks Chicago.
The worst landslides in California history destroys a thousand homes.
A terrorist attack on the Statue of Liberty....The Mona Lisa painting is stolen.
The movie "The Black Swan" will be nominated for an Oscar.
Natalie Portman will be nominated for an Oscar.
The TV series "Boardwalk Empire" will win lots of Emmy Awards.
Rosie O'Donnell will make a comeback....Tiger Woods has to be careful of planes....
Taylor Swift has to be careful of planes and cars...Kim Kardashian has baby and marriage...
Snookie from the Jersey Shore has to watch out for an injury.
For more on Janet Russell...http://www.janetrussellpresents.com/
For more on Nancy Bradley...http://www.nancybradley.org/
For more on Jeffrey Wands...http://jeffreywands.com/site/
For more on Nikki....http://psychicnikki.com/
Posted by showbizwizard at 10:09 AM