The LORD'S PRAYER in Popular Culture

The Lord's Prayer, more commonly known as Our Father, is without a doubt the most popular prayer in the world. It came directly from the lips of Jesus Christ himself and it's words are as hallowed now as they were 2000 years ago. In fact, every line in The Lord's Prayer is immediately recognized because of it's enormity. I've done some research and found it's treasured lines in various forms of popular culture. Here is what I have found... 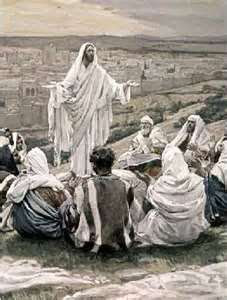 OUR FATHER(s)-- is a 2005 television film directed by Dan Curtis and starring Ted Danson, Christopher Plummer, Brian Dennehy and Ellen Burstyn. The screenplay was written by Thomas Michael Donnelly, based on a book of David France.

HALLOWED BE THY NAME- is a song written by Steve Harris for the 1982 Iron Maiden album The Number of The Beast.

THY WILL BE DONE- heavy metal American band from Providence, Rhode Island.

ON EARTH AS IT IS IN HEAVEN- is the third album by the rock band Angel.

GIVE US THIS DAY- is a 1949 British film, directed by Edward Dmytryk.

OUR DAILY BREAD- movie written, directed and produced by King Vidor; released by United Artists in 1934.

AND FORGIVE US OUR TRESPASSES- The Closer TV show: Season 7, Episode 5.

AS WE FORGIVE THOSE- Reba TV Show: Season 6, Episode 8

Those Who Trespass Against Us: One Woman's War Against the Nazis by Karolina Lanckoronska

LEAD US NOT INTO TEMPTATION- is an album by David Byrne, released in 2003 for the movie Young Adam, a film directed by David MacKenzie.

DELIVER US FROM EVIL- Heavy Metal Band from Indiana.

AMEN- is an American television sitcom produced by Carson Productions that ran from September 27, 1986 to May 11, 1991 on NBC.

I hope these words stay with you and enrich your life each and every day!
HAPPY EASTER!

Posted by showbizwizard at 9:23 PM