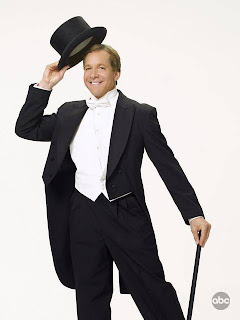 Here are some tidbits of information that you may like!!!
Watch for Long Island's own STEVE GUTTENBERG, TED DANSON and TOM SELLECK to be reunited once more in "Three Men and a Bride" in 2012, 24 years after their smash hit "Three Men and a Baby".....Levittown's KEVIN COVAIS, a fifth season American Idol finalist, is keeping very busy these days! He is co-starring with KURT RUSSELL in a football drama called "Touchback" to be released later this year; he just finished a small role in "Men In Black III" to be released next year; and he is taking theater classes in NYC and looking to record some demo tracks within the next few months! Go Chicken Little go!!!.....Peter Sloggatt, publisher/managing editor of Long Islander Newspapers, is handling public relations for the new Paramount Theater in Huntington, formally the IMAC. The theater is currently being renovated with completion expected in 2012. The Paramount will have 1666 seats, more than double that of the old IMAC, and the stage will be retractable to accommodate all kinds of entertainment. Live Nation will be doing the programing! It should be nothing short of awesome!....JIM FAITH reports that there are no plans for concerts at the Brookhaven Amphitheater this year due to politics and politicians. Expect more to come on this matter. Jim also says the Great South Bay Music Festival is coming along great and there will be some big names on the bill. The Great South Bay Music Festival will be held at Shorefront Park, Patchogue, New York on July 15, 16, 17, 2011. Also, The Long Island Music Hall of Fame will have a fund raiser on April 3rd at the Port Jefferson Village Center with some surprise guests!...Longtime Long Island resident RITCHIE BLACKMORE, who was instrumental in the Rock Aid Armenia Project, was just awarded `Honorary Medal of the Prime Minister of Armenia’.
This year marks the 20th anniversary of the charity in which classic rock stars from all over the world gathered to contribute their talents on to Ritchie's classic anthem Smoke on the Water . All proceeds were donated to the Armenian Earthquake victims.....Look for new releases from YES, JOURNEY, THE CARS, THE STEVE MILLER BAND, BLONDIE, PAUL SIMON and JOE WALSH (Jeff Lynn is producing!).... JUDAS PRIEST will begin a long farewell tour...Possible tours from THE WHO and THE ROLLING STONES...Reunions for classic rock bands THE ZOMBIES, THE CARS and TOTO....Possible but not certain reunions for PINK FLOYD and BUFFALO SPRINGFIELD....SAMMY HAGAR will publish his autobiography....What do BOB DYLAN, JOAN BAEZ, PAUL SIMON, ART GARFUNKEL, DAVID CROSBY, CHARLIE WATTS, DAVID CLAYTON-THOMAS and MIKE LOVE have in common? They all turn 70 this year!!...Congratulations to Syosett's NATALIE PORTMAN on her Academy Award nomination for best actress in "The Black Swan" and also to MELISSA LEO on her nomination for Best Supporting Actress in "The Fighter". Melissa spent her childhood in East Hampton where her parents still live!!
Posted by showbizwizard at 6:52 PM