Here are two more of our world famous psychics and their predictions for 2013. Their success rate is truly amazing and sure to astound you again this year! 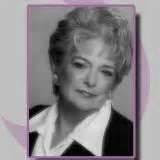 JANET RUSSELL is a well known Long Island based Intuitive/Spiritual Medium/psychic. She is also the host of one of New York’s top cable access shows, “Beyond the Unexplained” which appears nationwide and locally on Channel 20. Janet is known for her accuracy, honesty and on the mark readings. Janet’s predictions for 2013 are:

EVENTS: Since we all didn't dissolve into the air in 2012, 2013 will open many more to SPIRITUALITY there will be less anger and more people will respect, many more Natural or old fashioned healing aspects to help, there will be many more children born that are called CRYSTAL,INDIGO OR RAINBOW CHILDREN, these children are our future, but they will be labeled, and I dislike labels, but since they are so SPECIAL, these children are gifted, yes they may be out spoken, but most are very old souls and they are great in ARTS, MUSIC,SPORTS,and most will be natural healers as well, they are unique and extremely Intuitive as well as high levels of Insight and Knowledge. Many may have handicaps as well, but they will prove to the world and the universe that they may be special but they are so gifted that the parents that have there children, will be proud of these kids as they should be.

CELEBRITIES:
LINDSEY LOHAN will have another close call and this time she may end up in a very difficult situation, she is crying for help, but No one sees it, they just use it as gossip, but I feel that 2013 will be a new awakening for her, and feel she will truly meet people that want to help her, not just to use her, I feel she is very kind, but confused.
RICHARD GERE will help many but will do it more in a private way, he is a very Kind, Sincere and Giving soul.
BILLY JOEL ,CRISTY BRINKLEY, and there daughter ALEXA will do so much more for those that lost so much with Sandy the hurricane. They are all True Long Islanders and may even do some more charity work here in Long Island.

WEATHER: Last year I predicted that we would have a horrific hurricane around Halloween and sadly that did happen
WEATHER FOR 2013:
I feel that we will still have some strange weather closer to March, feel that we will have some major snow storms ( hope I am wrong on this prediction) but feel that many will be stranded and home bound for at least a week or more, this will be a year of some major low temps and very high temps in June/July/August over 100 degrees, so get your air conditioners tuned up before the summer.

PSYCHIC NIKKI is known all over the world. Some of her clients include well-known movie stars, politicians, people from the sports world and business world, as well as the world of entertainment. Last year, Psychic Nikki predicted the death of Whitney Houston, the devastation of Hurricane Sandy and a sex scandal around Prince Harry.
For 2013, Nikki predicts...

Justin Beiber secret marriage Selina Gomez.
A kidnapping around psy gangham style.
Marriage for Oprah.
A split for Jennifer garner and Ben Affleck.
A split Julianne Moore.
Daniel day lewis will be nominated for an Oscar for "Lincoln".
A marriage for Brad Pitt and Angelina Jolie. And more children. Adam Levine of Maroon Five has to be careful of car accident. Babies and marriage for Jennifer Anniston.
Danger around Howard Stern.
Jack Nicholson hospitalized.
Cher has to watch health as well as her son Chaz. A famous late night show will be cancelled.
George Clooney will play James Bond in a commercial could replace Danial Craig in the future.
Another Hollywood hunk will follow Brad Pitt as a spokesperson for a perfume company for women.
The lone ranger film will be good for Johnny Depp. There is still grave danger for Johnny Depp.
A sex scandal around a comedic actor
Seattle, Washington in ruins after large earthquake.
A major car company will go bankrupt.
An escalator accident in New York city many people killed. A huge earthquake in the Caribbean.
Tragedy at a golf course when lightening hits many golfers. Turtles get loose on a plane disrupting a flight.
A bunny ranch in Nevada will burn down.
Experimental monkeys will escape from a lab in Europe causing a pandemic. Breakthroughs in the cure for lupus.
A super snowstorm in New York, Boston, and Toronto brings 25 ft. of snow.
Fish will evaporate all over the world.
Terrorist attacks London, New York, Chicago and Toronto. Iran and Israel will attack each other.
North Korea will attack South Korea.
Explosion and a plane going into the CN tower in Toronto, Canada.
An earthquake in Toronto, Ottawa and Quebec.
A major earthquake in Russia.
Danger around president Obama.
A gigantic earthquake in St Louis, Missouri, Chicago and Tennessee. An earthquake in the Middle East.
An earthquake in Egypt destroying parts of pyramids
Posted by showbizwizard at 7:56 PM