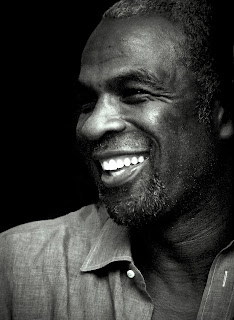 Along with the toasts of champagne, watching the ball drop in Times Square and drinking yourself into the night, a new year's resolution is usually at the top of many people's agendas on New Year's Eve. It is said that 52% of participants are sure of succeeding but only 12% actually achieve their goals. I asked some celebrities what their New Year's resolutions are and got some great answers!
Donna Feducia, former anchor on Good Day New York and Good Day Sunday: "To become a sharpshooter! Actually to become very good with our .357 Magnum"
Bebe Buell, American fashion model and singer: "To play Berlin! I know resolutions are suppose to be about self improvement but my goal is my work in 2010."
Peppy Castro, guitarist with The Blues Magoos and Barnaby Bye: "To see my pop opera musical "X-star", that took me 5 years to write, up on it's feet! I finished it in 2000 so it's ten years later!"
Charles Oakley, New Yorks Knicks legend: "To stop eating potato chips, more support for President Barack Obama (we need universal healthcare and more jobs), that the US digs itself out of the financial slump we’re currently in, continued health for my family and that you really enjoy my upcoming cooking show!"
Carline Doctorow, Long Island's favorite folk singer: "My New Years resolution is...
"to always leave 'em wanting more"
Paul Peterson, child star from "the Donna Reed Show": "I am resolved to finally
get national legislation for kids in the media so that the laws will be the same everywhere."
Dennis Elsas, legendary DJ currently on WFUV FM: "In the early 70's (shortly after I started at WNEW-FM) when Carly Simon first released "Anticipation" (long before it was a ketchup commercial) I played it as my New Year's Resolution (72 or73?).
I still play it (in my head or on-the-air) and resolve to try and enjoy the moments
as they happen, instead of always worrying about what might be - "cause these are the good ole days."
For some memories you might enjoy checking out my audio/video archives at
www.denniselsas.com
Ian Lloyd, lead singer from "Stories" (Brother Louie #1 hit): "My New Years resolution is simple. I want IAN LLOYD's STORIES and SOCIALHERO to take our act on the road and rock the hell out of every town and city we play in! That and legalization of the "O-de-PO"
Liberty DeVitto, drummer extraordinaire (Billy Joel): "I already have what I want
and I will be feeding my dog and be taking up smoking this new year LOL"
Cheryl Bentyne, from the jazz group The Manhattan Transfer: "To be more generous, more loving and more forgiving....to others and to me..."
Candy Clark, American film and television actress best known from "American Graffiti: "I resolve to quit eating candies, cookies and cakes which is a bit hard,
because with my name being Candy, I am constantly reminded. I have to cut
back on my sugar intake and with a lot of will power and resolve, hopefully
I can keep this promise to myself."
Donald Fagan, from Steely Dan: "I would say my new year's resolution is to tackle all the works of Dostoevsky in the upcoming year"
Linda Purl, actress and singer: "To do a better job at recycling and learn tango!"
Larry Thomas, the Soup Nazi on Seinfeld: "Well, I'm not really into rules and resolutions. I just take life as it comes. Maybe to just keep on keeping on!"
Jimmy Fink, New York Radio personality: "Do I have a New Year's resolution??....Yeah... my New Year's resolution is to vote out incumbent democrats!"
Glenn Scarpelli, former child actor and singer: "In addition to sustaining a new gym workout (kind of typical) I am setting an intention this new years to live deeper in my own truth. To be in closer touch with what makes me tick and what makes me happy. Life is soooo short.... I am living it to the fullest.... as best as I know!!!! That is my New Year wish."

Good luck to all of our celebrities who shared their wishes for 2010! My wish is that we all find peace and love in our lives, to make this world a better place to live in, to build rather than break, to smile rather than cry, and to believe that God will triumph over any evil that exists in this world.